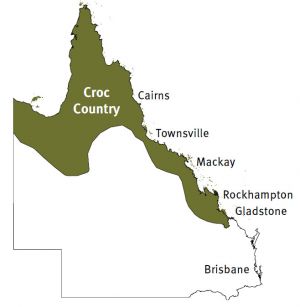 No waterway in Croc Country can ever be considered crocodile free. If you must swim, reduce your risk: