Koala threats and how to help

Koalas face many threats in an increasingly cleared, developed and fragmented landscape.

The biggest threat to koalas is habitat loss. Much of the koala's habitat in Queensland overlaps with areas where significant clearing has occurred, and continues to occur, for urban, industrial and rural development.

In South East Queensland, the human population is increasing by more than 1000 people a week. This rapid population growth and increased need for houses is placing considerable pressure on the limited remaining koala habitat.

As habitat patches become smaller and more fragmented, koalas are more likely to move through developed areas. In developed areas, koalas have to cross roads and move through properties where they may be attacked by dogs or drown in backyard swimming pools.

After habitat clearing, the most serious threat to koalas is death from car hits. In South East Queensland, an average of almost 300 koalas are killed each year by motor vehicles, based on wildlife hospital records in the period 1997 to early 2011.

Disease also threatens koalas. Loss of habitat, including loss of food and shelter, is a major stress for koalas.  During times of stress, koalas are prone to outbreaks of the disease Chlamydia. Chlamydia is a bacterial infection which affects almost all koalas in South East Queensland. The disease weakens the immune system and causes various problems, including blindness and female infertility. In severe cases, it can cause death. Infertility from Chlamydia is a contributing factor to the current decline in koala numbers.

Another major threat to koalas is dogs. More than 100 koalas are hospitalised each year in South East Queensland after being attacked by dogs. Around 75 per cent of these koalas will die from their injuries. On average that's 75 koalas killed each year from dog attacks. Many dog attacks go unreported so the number of dog attacks is likely to be even higher.

South East Queensland was once home to one of Australia's largest population of koalas. Today, they are under serious threat from development, cars, dogs and stress-related diseases.

Everyone has a role to play in protecting South East Queensland's koalas.

Below are some ways to help ensure koalas are here for keeps. 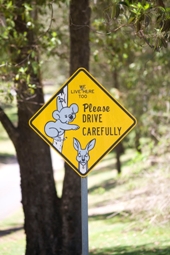 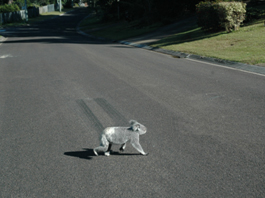 Koala crossing a road in the daytime 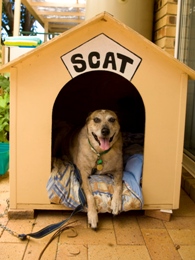 Koala in search for a tree Example of a koala-friendly fence. 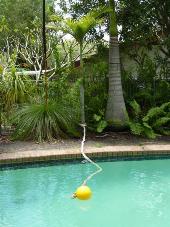 An example of rope and float in a pool. Tie one end to a tree or stake. This provides the koala a way to climb out if they fall in.

Search 'koala' on the following websites:

Available from the library catalogue

The documents referred to on this page are available from the department’s online library catalogue.