Crocodiles are shy, well-camouflaged and mobile, which makes them a challenge to study. We take advantage of our regular interaction with crocodiles to run a number of research projects. Knowing more about crocodiles helps us develop tools and strategies to make our work safer and more efficient and provide policymakers and the community with the most accurate information, helping protect Queenslanders from harm. This ongoing study consists of comprehensive vessel and helicopter surveys of north Queensland’s major river systems. It provides a snapshot of the number and biomass of Queensland’s crocodile population and allows us to compare it to previous studies, showing population changes over time. This information helps inform future policy and management actions.

From 2016 to 2019, the department conducted a comprehensive monitoring program of the estuarine crocodile population across its range in Queensland. During 2020, we compiled and analysed data collected through this program and compared these to historic data to assess how the population had changed in size, distribution, density, and size class structure over time–using results collected from as far back as 1979. Further information about this program is available in the key findings report (PDF, 991.2KB) and the comprehensive technical report.

Or browse sections of the report: In world-first research, departmental wildlife officers are examining the way crocodiles communicate through sounds, with early investigations revealing a surprising complexity of vocalisations. The application of this new knowledge could lead to innovative techniques to attract or repel crocodiles.

The department is also exploring how using multi-beam sonar technology together with image recognition software can detect crocodiles in an area and alert authorities of their presence. Our aim is to deploy this technology using a clever buoy system, which also records other environmental data (temperature, wind, humidity), to determine when and why crocodiles move into areas frequented by people. 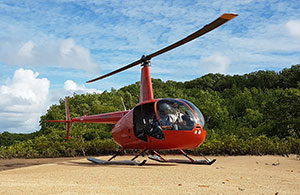 Decades of satellite tracking have given us a solid idea of how crocodiles use and move through river environments, but what about oceans? The department is currently exploring this new frontier of crocodile habitat use by attaching satellite trackers to animals in the Torres Strait.

Wildlife officers have also been collecting DNA samples from crocodiles and analysing them to determine the relatedness and connectivity of the population in Queensland. These two parts of the project work help paint a picture of crocodile movement in Queensland, and between other populations nearby. The information gathered may directly impact how we manage crocodiles into the future.